Get fresh music recommendations delivered to your inbox every Friday.

The Decline of America Part One: The Bush Years

by Tyranny of Dave 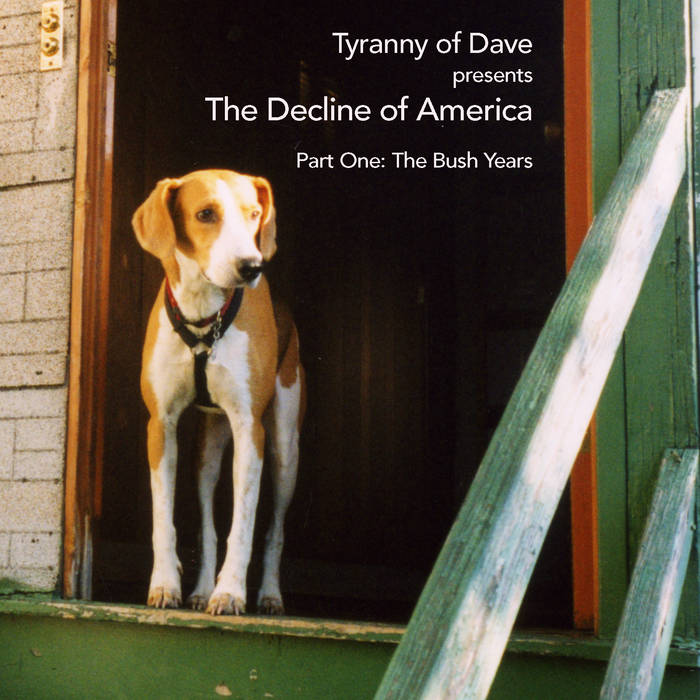 A musical travelogue through the Bush Years, from the fall of the WTC to the financial crisis.

All songs recorded, mixed and kind-of-mastered by Dave in various apartments, basements, theaters and sorority houses in IL and NY, except Chicago River Song, whose initial recording sessions were produced by J.D. Foster and engineered by Ross Bonadonna at Wombat Studios in Brooklyn. Thanks to Doug Stone, J.D. Foster and Piñataland for donating those sessions to this non-Piñataland project.

Special thanks to composer/producer Ethan Stoller for expertise, ideas, and an awesome sleighbell track while mixing. Check out his work at dynamiteham.com

A big thank you to all the musicians. This album was recorded while I was unemployed and everyone was kind enough to donate their time and talent to the project, even the few times I offered to pay people some piddling amount. I’m lucky to know so many talented and fantastically nice people, especially Aaron Zemelko whose contributions and friendship throughout the recording have been as creative and steady as his bass playing.

And of course all my love to my family, who not only are fabulous as family but also as collaborators, employers and friends.

Bandcamp Daily  your guide to the world of Bandcamp

Lance Skiiiwalker joins the show to discuss his most recent releases